MSX2 is an upgraded standard of MSX1. The main improvements on MSX2 are graphic capabilities. The Video Display Processor (VDP) has been changed to the Yamaha V9938 which provides higher resolution, more colors and and adjustable color palette.

The CX5M/II already has the V9938 built in but it only has 16K Video RAM which is not enough to fully use the capabilities of this chip. The CX5M/II has a MSX1 BIOS in ROM so the functions cannot be addressed through BIOS or BASIC. There is an extra ROM extension present which provides 80colums text resolution support but that is about it.

My CX5M/II is an USA model with just RF and CVBS output (CX5M/C video board). The higher resolutions of the V9938 would be difficult to read with this output. On the video circuit board there is some empty space which would provide the RGB output on the european models so I also decided to rebuilt this. Only difficult part was locating a 2SC1684 Transistor but looking at the characteristics of this transistor I just put in a BC547 and there’s no problem (but remember the E and C connector pins are swapped so the PCB indicates a wrong install direction). I believe this transistor has something to do with the sync signal and I took his from the CVBS signal anyway. 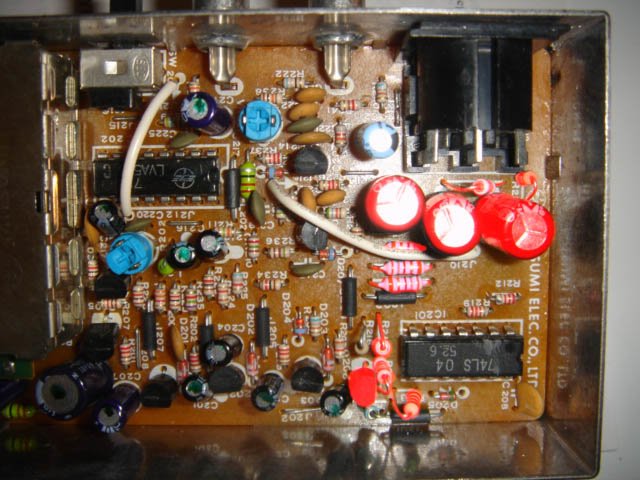 Below there’s a view of the mainboard (memory mapper removed to expose the two ROM IC’s): 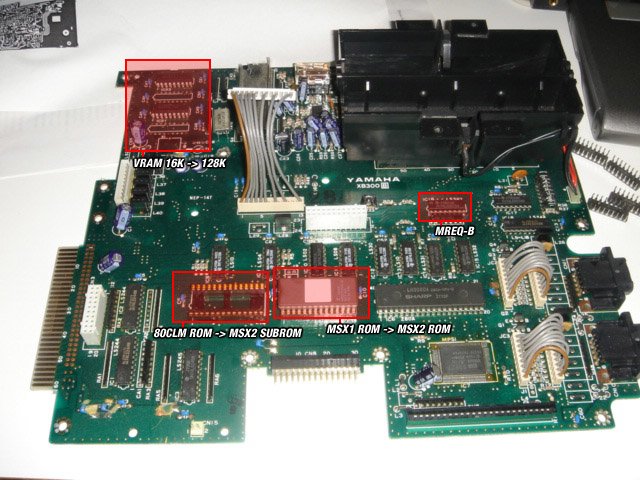 First the VDP Needs more Video RAM (VRAM) They are located on the back left of the mainboard. 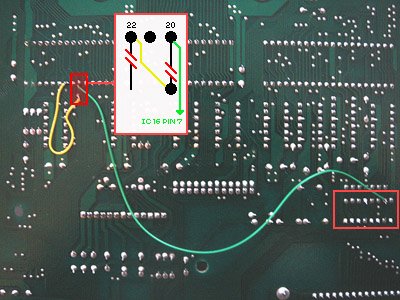 Only thing that is missing is the clockchip. To boot the CX5M without this chip you would have to use special ROMs I used the ROMs from Louis C. Grosso from Hans Otten’s page and they work fine

Thanks to the guys at msx.org for leading me in the right direction on this.